It’s been five years since I’ve known I carry the BRCA2 mutation.  what I didn’t know was who gave me the mutation.  We all suspected that it came from my dad judging from the family history.  But who really want’s to guess where something like this comes from? It’s life changing.  A BRCA mutation puts one at risk for multiple cancers, whether you are male or female.  BRCA and cancer doesn’t discriminate.

It all started five years ago when I was diagnosed with breast cancer. I ran to have a BRCA test.  I was only tested for the 3 most common Ashkenazi Jewish mutations.  My test came back positive two weeks later.  1/40 Ashkenazi Jews carry a BRCA mutation.  It’s a pretty high number considering what the general population’s risks are.

The genetic counselor urged my father to test, but he never did.  He refused after my mother talked him out of testing.  How could someone be so selfish?  How could my father leave me in the dark wondering where this really came from?  How could they leave me in such emotional anguish and distress?

I was frightened for my father on so many levels.  He had a heart attack and a bypass 11 years ago and here we go, all of a sudden, he was diagnosed with lung cancer.  For years my mother did not want him to test. We all suspected it came from him but she didn’t want him to live with the guilt.  Now there was no hiding from cancer and BRCA. Everything that I was afraid of came to fruition.

Since I’m pretty persistent, I decided that I would order the color test for him. My father did not want to go back to the hospital and see a genetic counselor.  He was fresh out of lung cancer surgery and still isn’t 100%.  The first sample we sent out didn’t meet color’s quality control test.  I thought I was going to loose my fucking shit.  I thought that it was as if someone was torturing me upstairs.  the second sample came to my house as I have requested and dad took the test again.  I had spit all over my hands after closing the fucking tube.  Thank goodness for soap.  Anyway, since this was his second sample, color said that they would try to push for his results to be ready before the 3-4 weeks as expected.  As promised, his results were ready yesterday.  A bit under three weeks and my dad’s results are in. My father has tested positive for BRCA2.  We now know who this came from.  I can now say that I have peace in my life and no longer wonder. 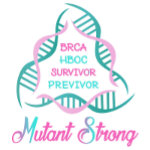 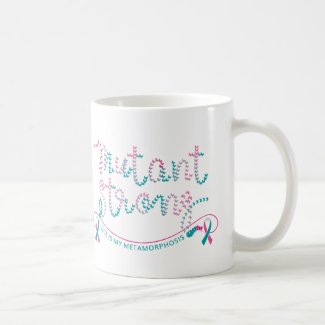